Actually Happening 80: The Right of Conquest

The shortest presidency of anything, DNA in the War of the Roses, a helicopter theft, and fictional bridges. Also the most well aged episode of Actually Happening ever released.

In which we reveal the secret Masonic origins of Actually Happening. 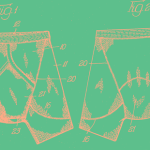 Actually Happening 77: That Was When Dinosaur Jesus Carried You In His Jaws

There was only one set of footprints then, but boy were they big ones. This week: sending out a CQD, a terrible energy conservation slogan, and two cats with very important jobs.

Episode 77: That Was When Dinosaur Jesus Carried You In His Jaws [ 30:50 ] Play NowPlay in Popup | Download